Park all year around with cafe and walks. 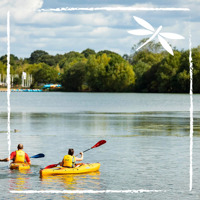 Disclaimer: Whilst LocalFamilyEvents endevors to keep the event information on this page up to date and correct, dates and times may change or be cancelled without our knowledge; so please always check with the event or venue host. We take no responsibility or liability for changes. As the water areas were created, wildlife and visitors moved in. Wintering wildfowl like wigeon, pochard and goldeneye soon found the lakes as well as familiar species like swans, coots, mallards and gulls. Nightingales found places to nest in the scrub areas and dragonfly species moved into the wetlands. The park has a significant number of the latter with 18 species present on site out of a British total of 42 species. Rarer birds started to arrive like bitterns and smew on Lavell's Lake and great crested newts have been found in the ponds. Wokingham District Council Countryside Service manage the site with the aim of balancing wildlife needs with access to the park for people. The site has been zoned to include fishing and sailing lakes as well as quieter conservation areas. Over 5,000 school children visit the site annually to learn about their environment. Regular Countryside Events are organised throughout the year on everything from bat and bird walks to basket making and star watching as well as bigger 'fundays' for families, where there are up to 3,000 people. The Countryside Service has recently updated the play area. Wildlife management is a priority especially for species highlighted in the Authority's Biodiversity Action Plan. Creating hibernating places for great crested newts, putting up nesting boxes for barn owls, creating reed beds for reed buntings and warblers are all part of the valuable conservation work carried out by the Service. New wildlife trails were opened last year 2000 and electric buggies are now available for disabled visitors to hire free of charge. 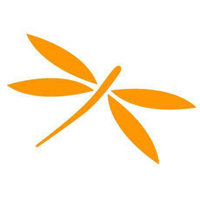